Five of my favorite hikes around Toronto

Few cities are so gifted with green spaces as Toronto, the so-called City within a Park. Three rivers and their tributaries pass through the city center, nestled in a series of ravines that offer shady refuge from the urban bustle and ample opportunities for hiking. Whether you want to picnic around cherry blossoms in High Park or walk along the sandy beach in Bluffer’s Park, there is always a way to connect with the nature.

I've selected five Toronto trails that offer a wide range of hiking experiences. With over 800,000 hectares of parkland, representing 12.7% of the city territory, my challenge was deciding which trails not to include!

The Evergreen Brickworks and the Moore Park Ravine

Snaking through the city center, the Moore Park Ravine offers one of Toronto's most accessible and scenic trails. During a summer heatwave, the ravine provides cool refuge to city residents. Spring rains turn the trickling stream into an impressive torrent. While the trail is officially an 'on-leash' area for dogs, in practice most owners allow their pets to run free.

The Evergreen Brickworks lies 2.5 km down the hiking trail from the Moore Avenue entrance. Formerly a quarry and industrial site, the brickworks have been converted into a city park and environmental center intended to showcase green design and urban sustainability. In 2010, National Geographic named this site one of the top 10 geo-tourism destinations in the world. 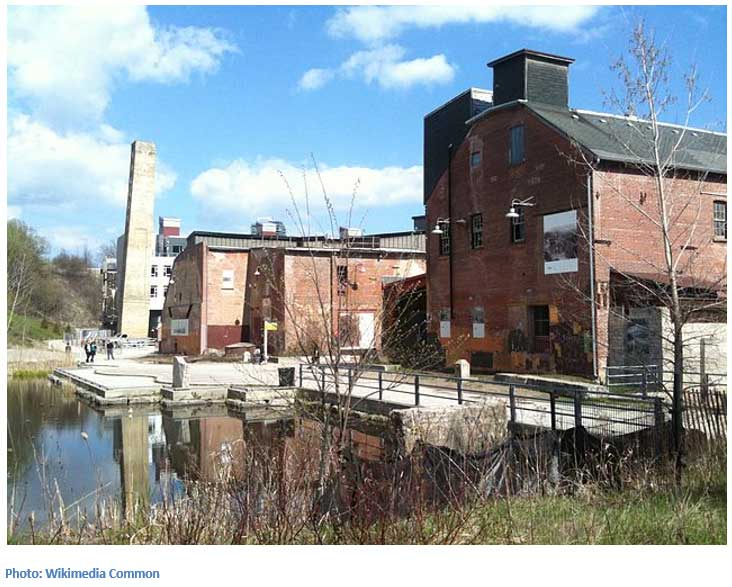 The Cedarvale Ravine and the Beltline Trail

An easy walk through the heart of Toronto, this seven-kilometer trail passes through the affluent Forest Hills neighborhood and along the Beltline Railway, an historical commuter line constructed in the late 1800s to serve the northern suburbs of the growing city.

The Cedarvale Ravine includes a large wetland area which is the remainder of a young regrowth forest. Much of the ravine was clearcut during the construction of the Spadina subway line, which runs below the surface. To the south, the trail connects to the Nordheimer Ravine to form a 16 km loop through mid-town Toronto. 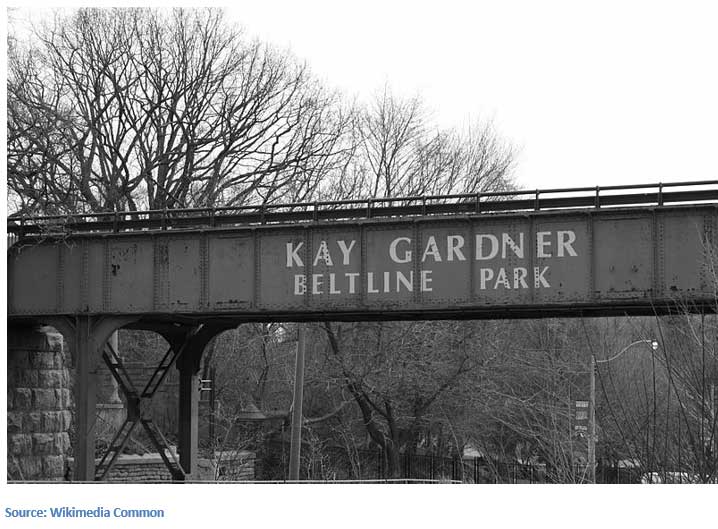 Officially opened on Canada Day in 1992, this trail wanders for 3.6 km through the picturesque Scotsdale Farm, donated to the Ontario Heritage Foundation by the Bennett family. The farm is still a working farm operated by the Credit Valley Conservation Authority.

The Bennett Heritage Trail is considered a side trail of the 900 km Bruce Trail, which passes along the Niagara Escarpment. Just beyond the farm, a dam over Snow Creek creates a small pond ringed by weeping willows and cedar trees offering an ideal spot for a picnic.

The Don River watershed runs from the Oak Ridges Moraine to Lake Ontario, completely bypassing the hustle of the city. The Don is one of two rivers which defined the early settlement of Toronto.

The Don River Valley consists of not just one, but a series of trails and paved roads that offer recreational opportunities for hikers, cyclists, walkers and joggers. Riverdale Park spans the lower Don offering recreational fields, tennis courts, a swimming pool and even a hockey rink. The recently revitalized Crothers' Wood showcases the city's efforts to balance the needs of cyclists and hikers with a system of sustainable trails. 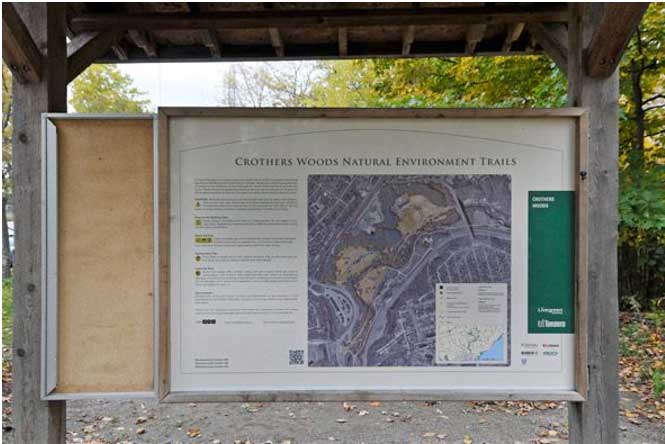 The Cedar River Trail is a more challenging hike that passes through several ecosystems in the Rough River Valley. Only 2.2 km in length, the trail consists of several steep climbs and descents. In rainy weather, the slopes can be slippery with mud. You will be rewarded for your persistence with a series of stunning vistas from the peaks of the trail. 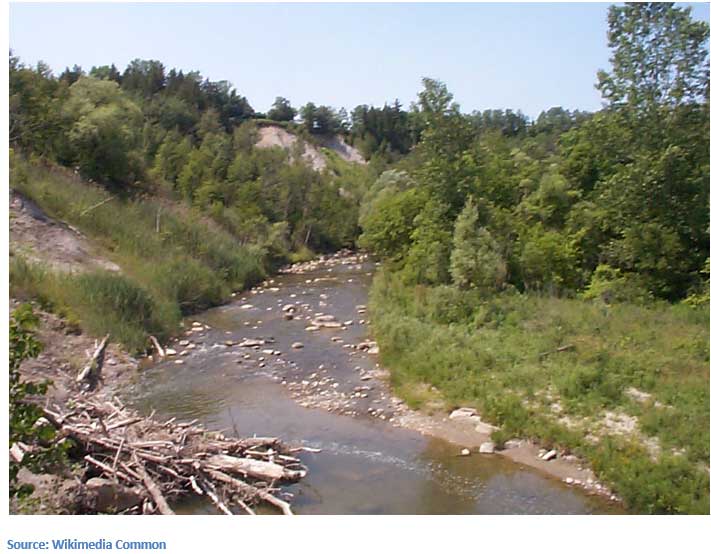 There you have it: Five Toronto trails that offer a range of hiking experiences. Now all you need is a pair of good shoes. Go enjoy the day!

Sakthi is a Toronto based freelance writer and blogger. He is an avid camper and outdoor enthusiast and he contributes regularly for Ontariocamping.ca