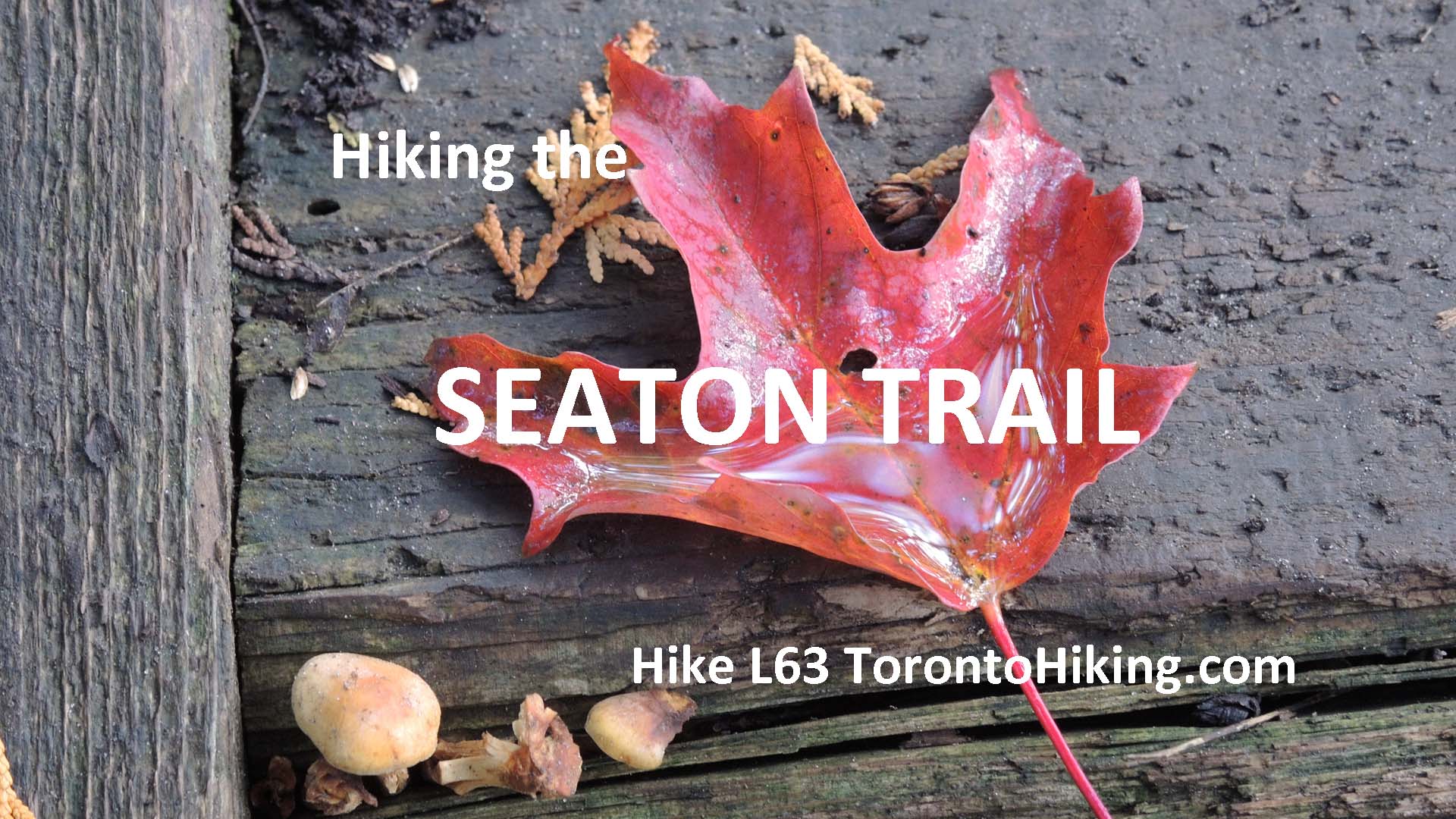 The Seaton Seaton Trail is located along the West Duffins Creek in Pickering, Ontario. It runs for 12.9 km from 3rd Concession near Brock Road northwest to Highway 7. The trail follows historic hunting and fishing routes on the creek, used for centuries by aboriginal people. In pioneer times, the creek and valley became the site of several water powered mills. A former grist mill stills exists at Whitevale.

The trail takes its name from the planned community of Seaton, which was envisioned in the 1970′s to accompany a new airport planned for the area which never got built. However, the trail was built mainly by high school and university students and was maintained for many years by the Boy Scouts at a nearby camp.

The trail soon became very popular but it suffered from over-use and lack of maintenace for may years until a community volunteer group was formed in 2009 to provide the necessary upkeep to the trail. This was The Friends of Seaton Trail group which coordinates efforts in safe public use, promotion, trail maintenance, upgrades and environmental protection of the trail. Since then, Trail parking lots have been built at the four trailheads along with kiosks, boardwalks over wet areas, and bridges.