None; washrooms at Fairview Mall (007)

At the river just past waypoint (011)

The Walter Bean Grand River Trail is designed to ensure an educational, environmental, and recreational heritage for generations to come. When the last meter is in place, the Trail will run some 78 km in the proximity of the Grand River and will extend the existing Cambridge-to-Hamilton trail system as one continuous pathway through Kitchener, Waterloo, and Woolwich to the north of West Montrose. 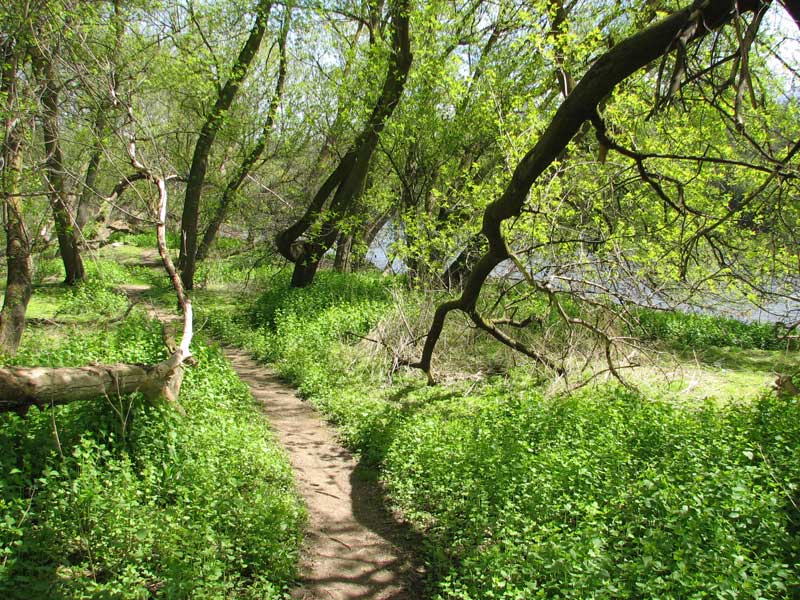 There will be at least 19 access points located along the Trail. Visit the Map and Resources section to read more about individual access points, distances between points along the trail, information about local history, and flora and fauna along the Trail, as well as lists of donors who have helped to make the Trail a reality.

The idea for the building of a trail along the Grand River through the Region of Waterloo was promoted by Walter Bean.

This hike of the Grand Valley Trail begins at the Marguerite Ormston Trailway parking lot on Homer Watson. The trail enters the woods, passes through the southern portion of Homer Watson Park following the Grand River. The trail comes out to an urban area and follows a new housing area on Hidden valley Drive before arriving across from Fairview mall. The trail continues through more urban areas arriving at Chicopee Ski Hill Club and then passing Chicopee Dam. Entering the woods, the trail follows closely along the river bank to Nachez Woods.

I'm not sure what the status of this hike is right now. When I did the hike both times a few years ago, parts of the trail in a number of places was being encroached on by housing subdivisions. In a few places the trail was bull-dozed over requiring some effort to determine where the trail continued past the razed areas. The Grand Valley Trail Association has rerouted those parts of the trail to keep the trail continuous so be prepared for a number or reroutes along the way.