How to Read Topographic Maps 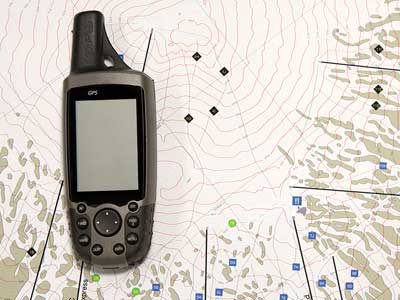 What is a topographic map?

A map is a representation, of the Earth, or part of it. The distinctive characteristic of a topographic map is that the shape of the Earth's surface is shown by contour lines. Contours are imaginary lines that join points of equal elevation on the surface of the land above or below a reference surface such as mean sea level. Contours make it possible to measure the height of mountains, depths of the ocean bottom, and steepness of slopes.
A topographic map shows more than contours. The map includes symbols that represent such features as streets, streams, wetlands and woods.

This map is a topographic map of the Forks of the Credit area. 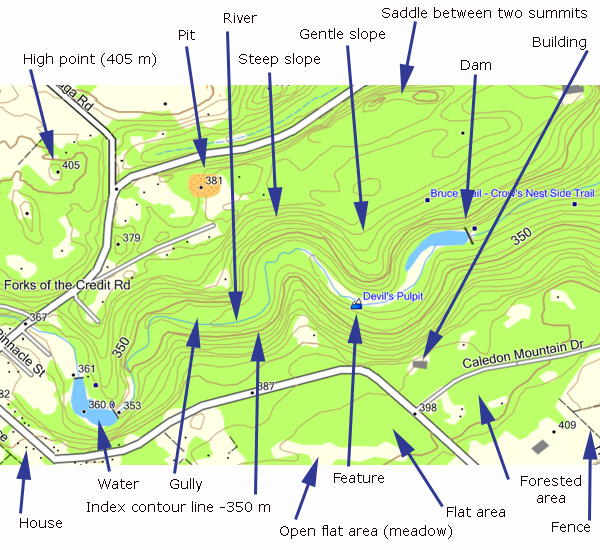 Interpreting the coloured lines, areas, and other symbols is the first step in using topographic maps. Features are shown as points, lines, or areas, depending on their size and extent. The first features usually noticed on a topographic map are the area features such as vegetation (green), water (blue), and densely built-up areas (gray or red).
Many features are shown by lines that may be straight, curved, solid, dashed, dotted, or in any combination. The colours of the lines usually indicate similar kinds or classes of information: topographic contours (brown); lakes, streams, irrigation ditches, etc. (blue); land grids and important roads (red or white); other roads and trails, railroads, boundaries, etc. (black). Various point symbols are used to depict features such as buildings, campgrounds, springs, water tanks, mines, power lines, navaids and wells.

Names of places and features also are often shown in a color corresponding to the type of feature. Many features are identified by labels, such as "Niagara Escarpment."
Topographic contours are shown in brown by lines of different widths. Each contour is a line of equal elevation; therefore, contours never cross. They show the general shape of the terrain. To help the user determine elevations, index contours are wider. Elevation values are printed in several places along these lines. The narrower intermediate and supplementary contours found between the index contours help to show more details of the land surface shape. Contours that are very close together represent steep slopes. Widely spaced contours, or an absence of contours, means that the ground slope is relatively level. The elevation difference between adjacent contour lines, called the contour interval, is selected to best show the general shape of the terrain. A map of a relatively flat area may have a contour interval of 3 m or less. Maps in mountainous areas may have contour intervals of 30 m or more.

GPS tracks can be layered on top of these features to create the type of topographic Trail Maps used on this website. 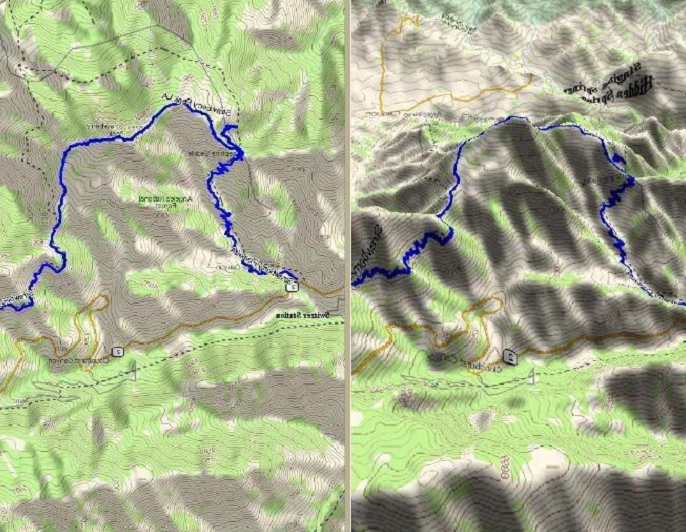