A Fitting Tribute to Norm

In late fall 2010, Bruce Trail Conservancy members submitted short written descriptions of their favourite Bruce Trail locations. Two were chosen to be brought to life on canvas by artist Anna Kutishcheva, in preparation for her Bruce Trail Illustrated exhibition. Anna describes how she was inspired by the winning submissions: “It was very interesting for me to hear Bruce Trail members' stories. The Bruce Peninsula is one of my favourite sections of the Bruce Trail and coincidentally both entries I made illustrations for are from this part of the Trail.” 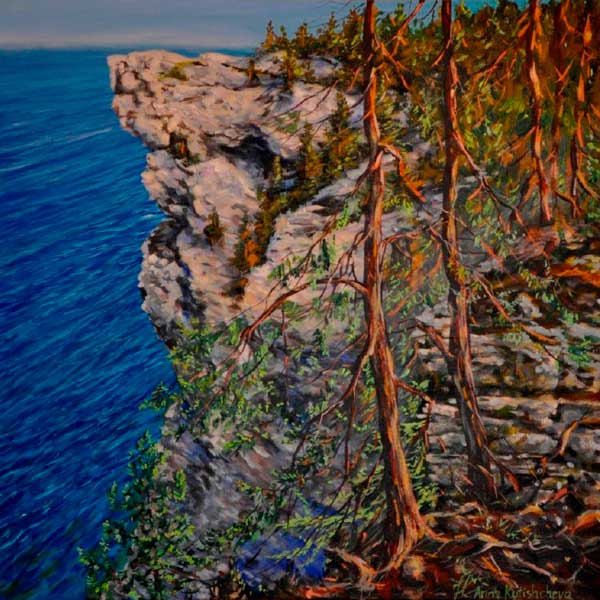 "There are a multitude of places on the Bruce Trail that we love but one place holds special significance for us, not only for its spectacular beauty, but because it reminds us of our dear friend Norm Cornack. The place is on the Lion's Head Trail, Norm's favourite trail. We were there a couple of times with him, the latest being 4 years ago. It was September, and the trees were golden and the air was fresh. As always, we took our time to admire the scenery and take in the details. And as usual, Norm beat us to every rocky outcropping, and we would catch up to find him silently absorbing the panorama before him. As we caught up to him at this particular cliff, we found Norm in his iconic pose and joined him for a while in contemplation of the awesome beauty and peacefulness of this special place. It was a moment we will never forget. That was Norm's last hike. Shortly after that he was diagnosed with pancreatic cancer, and after a valiant battle he left us for a better place. We're sure that his spirit remains on the top of that cliff on the Bruce Trail." 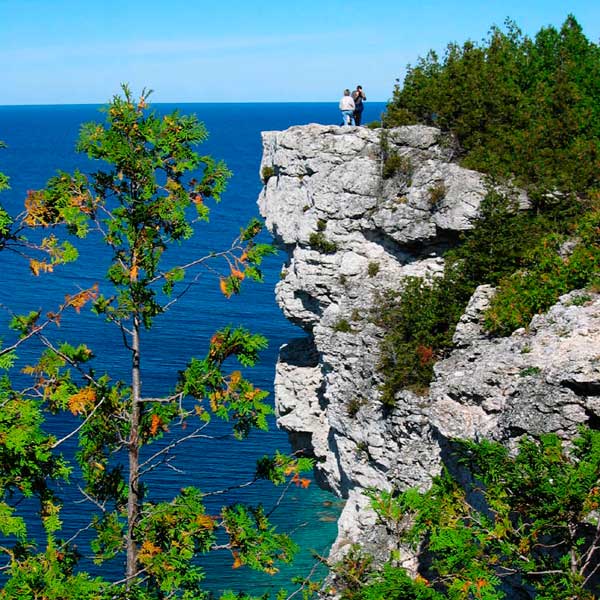 A personal note: I have hiked this area with Wendy, Rick and Norm and I'm so moved at this wonderful tribute to Norm.

Anna’s Painting "This entry spoke of the cliffs at Lion's Head, love of the outdoors, and our inseparable attachment to the places we love. I tried to paint space, intricate pattern of rocks and ancient cedars on the cliff edge.”