What Are Dangers of West Nile Virus? 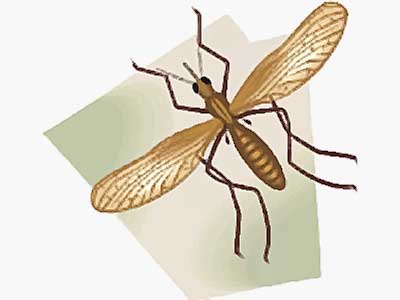 The Dangers of West Nile

West Nile is a virus that is carried and spread by mosquitoes and can cause fatal inflammation of the brain (encephalitis) or the membranes covering the brain or spinal cord (meningitis) in more than 100 bird species, and nine mammals, including humans, horses and gorillas. It is closely related to St. Louis encephalitis virus, found in North America.

There is currently no vaccine against West Nile virus encephalitis.

West Nile virus was discovered in the West Nile area of Uganda in 1937, then spread to Mediterranean and temperate parts of Europe. In 1960, it was observed in horses in Egypt and France. Between the 1950s and 1999, there were sporadic epidemics in Israel, South Africa, Romania and in Russia.

How is West Nile spread?

The Culex pipiens or common household mosquito spreads the virus when it feeds on a blood meal from infected birds. Scientists believe that the most likely "reservoir" for the virus in North America is the common sparrow, which can tolerate the infection. Among birds, the virus has had the greatest impact among crows. In 1999, in the New York area, the crow population crashed by about 90 per cent in a few months.

Ten days to two weeks after the initial blood meal, the West Nile virus reaches the mosquito's salivary glands and can then be transmitted to birds, animals or humans. Since 1999, the virus has been found in wild birds, humans and horses across the United States and Canada.

What are the symptoms?

Anyone with those symptoms should seek medical attention as soon as possible.

If illness occurs, it usually happens within five to 15 days of being bitten by an infected mosquito.

What can you do to prevent West Nile?