What are Ontario Prairies? 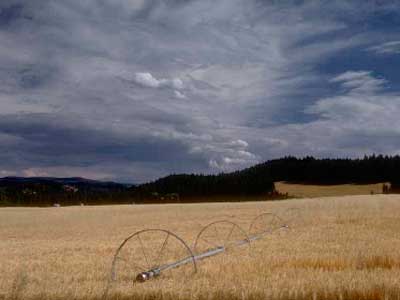 What is a Prairie?

Prairie is a natural community that is dominated by grasses rather than by trees, as in a forest. Growing with the grasses are many other kinds of non-grassy herbaceous plants known by the collective name of "forbs". On moist soils, prairie blends into marshlands dominated by sedges rather than grasses. Scattered shrubs may be present, however trees are absent.

The term "savanna" is applied to places where prairie-type vegetation grows within widely spaced trees.

Where are Ontario Prairies? 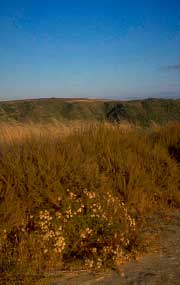 The term "prairie" is usually associated with the central part of North America and many people are surprised to learn that prairie areas exist in Southern Ontario. These sites are scattered sporadically across the landscape from Windsor to the eastern part of the province. However, it is in the southwest, the Carolinian life zone, that the largest areas of prairie remain. In fact, historical accounts and present day physical evidence tell us that prairie was once widespread in the extreme southwest of Ontario, primarily in Essex and Kent counties. Smaller prairie sites also are found in areas of Lambton and Brant counties, Haldimand-Norfolk, and near Toronto. The largest and best known remnants are at Windsor and Walpole Island.

Since prairie areas are so rare in Ontario, the flora and fauna associated with them are also uncommon in the province. Approximately 20% of plants designated as rare in Ontario are associated with prairie. Examples include Culver's Root, Tall Ironweed and Prairie Rose. At Walpole Island, there are seven species of plants growing which are not known elsewhere in Canada. The Greater Prairie Chicken was present in the Windsor area until the late 19th century.


Why are Prairies Vital?

The rich fertility of prairie soil, coupled with the fact that few trees are present, made these areas ideal for agricultural development. These areas support some of the most productive corn and soya bean operations in Ontario, much the same as wheat has replaced much of the native vegetation of the vast mid-continent prairie. Of the estimated one million square kilometres of tall grass prairie that once occurred in North America, less than one six-hundredth of one percent remains. Hence, conservation of remaining natural prairie and its rare species is vital.

Fire is a key component of maintaining prairie vegetation. In order to mimic this formerly natural process, controlled fires are applied as a management tool at many Ontario prairie sites owned by conservation agencies.

An excellent place to see native prairie in Ontario is at Ojibway Prairie in Windsor. A Provincial Nature Reserve and adjacent municipal park and visitor's centre all provide ample opportunity to experience this unique part of Carolinian Canada. These areas can be found along Matchette Road at the southwest edge of the city.