What is a Carolinian Life Zone? 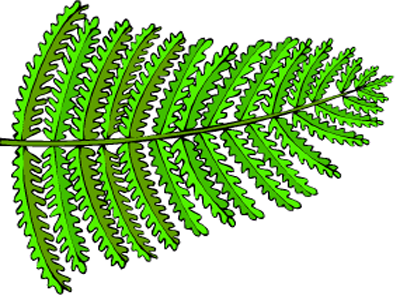 Where is the Carolinian Zone?

Carolinian Canada is an area in Southern Ontario found south of an imaginary line which runs generally from Grand Bend to Toronto. The Carolinian life zone is actually the northernmost edge of the deciduous forest region in eastern North America, and is named after the Carolina states. The area includes some of the most significant habitats and threatened plant and animal species that can be found in Canada. 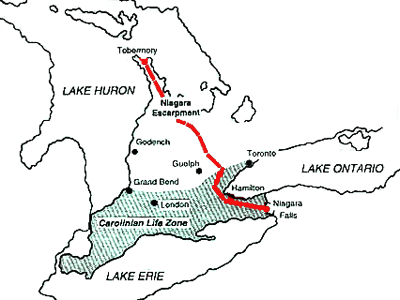 The moderate climate of this region is the main reason it forms such a unique ecosystem. Sometimes named the `banana belt' of Canada, this zone boasts the warmest average annual temperatures, the longest frost-free seasons, and the mildest winters in Ontario. For example, Point Pelee near Windsor averages over 170 frost-free days while Guelph, which is just north of the Carolinian boundary averages only 135 frost-free days per year.

The Diverse Flora of Carolinian Canada

While Carolinian Canada is relatively small compared with other Canadian vegetation zones, making up only 1% of Canada's total land area, it boasts a greater number of both flora and fauna species than any other ecosystem in Canada. It is estimated that some 2,200 species of herbaceous plants are found here, including 64 species of ferns, at least 110 species of grasses, and over 130 different sedge species. There are 70 species of trees alone.

Numerous species of reptiles and amphibians make their home primarily or entirely in this southern portion of Ontario, including the Eastern Spiny Softshell Turtle, the Eastern Fox Snake, the Hognose Snake, the Queen Snake, and Fowler's Toad. Close to 400 bird species have been recorded representing over half of the species in all of Canada. Several butterflies, such as the Karner Blue and the Frosted Elfin are restricted to this region. As well, several mammals such as the Badger, the Gray Fox, and the Virginia Opossum are primarily restricted to the Carolinian forest. 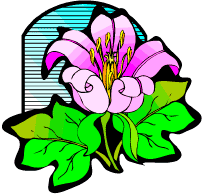 Tulip TreeThe most unique feature of the Carolinian life zone is the number of rare species found here. The region boasts fully one-third of the rare, threatened and endangered species found in all of Canada. Sixty-five percent of Ontario's rare plants are found in the region, and 40% are restricted to the Carolinian zone. Included in these are trees such as the Pawpaw, Blue Ash, Tulip, and the Kentucky Coffee Tree; herbaceous plants such as Green Dragon, Harbinger-of-Spring, Yellow Mandarin and Swamp Rose Mallow; shrubs such as the native Burning Bush and the Rough-leaved Dogwood, and our only cactus, the Eastern Prickly Pear.

There are numerous rare birds in Carolinian Canada, including the Acadian Flycatcher, the Prothonotary and Hooded Warblers, Tufted Titmouse, and Louisiana Waterthrush.

The rare southern Flying Squirrel, while also known from a few sites between Orillia and Ottawa, has its main habitat along the north shore of Lake Erie.

Perhaps most interesting are the variety of unusual reptiles and amphibians in the Carolinian zone. Among these, the Blanchard's Cricket Frog, the Lake Erie Water Snake, and the Blue Racer (another snake) are all listed as endangered species.